See how these top VPN providers’ security, pricing plans and other features compare.
A
Gizmodo Advisor Reviews Team 09/30/2021 12:00 am

TLDR: Our Gizmodo Advisor Reviews team evaluated and tested 13 virtual private network (VPN) services over several weeks. When comparing two of the top providers — NordVPN versus ExpressVPN — we looked at each company’s security offerings, features and functionality, pricing and customer service to come up with top picks in each category. We chose NordVPN as the overall winner due to its lower pricing plans and faster, more numerous servers. Don’t write off ExpressVPN completely, however, because it does offer more streaming options, excellent customer service and easy setup for first-time users.

NordVPN vs. ExpressVPN: At a Glance

Is ExpressVPN More Secure Than NordVPN?

Whether you’re interested in keeping credit card numbers and other sensitive data out of the hands of hackers or looking for a way to browse online without a trail of ads following you around the internet, using a VPN is an easy and affordable way to protect yourself. VPNs encrypt your data and obscure your IP address so you can use the internet more safely and anonymously.

NordVPN and ExpressVPN are evenly matched as safe VPNs in several important ways. They both use Advanced Encryption Standard (AES)-256 encryption, which is the highest level of practical encryption used for everyday purposes. They also both have Domain Name System (DNS) leak protection and an automatic kill switch that will immediately disconnect you from the internet if your VPN’s location-blocking services are compromised.

ExpressVPN has a few discrepancies across operating systems. Our tests found that the Windows version offers more security suite options than the company’s macOS version, so you’ll want to take this into account when selecting a VPN for your specific devices.

Where NordVPN stands out

It leverages several unique security and stability features including Onion over VPN, which is when you use a VPN and Tor simultaneously. Tor, or “the onion router” is an open-source tool that allows you to anonymously browse the web. 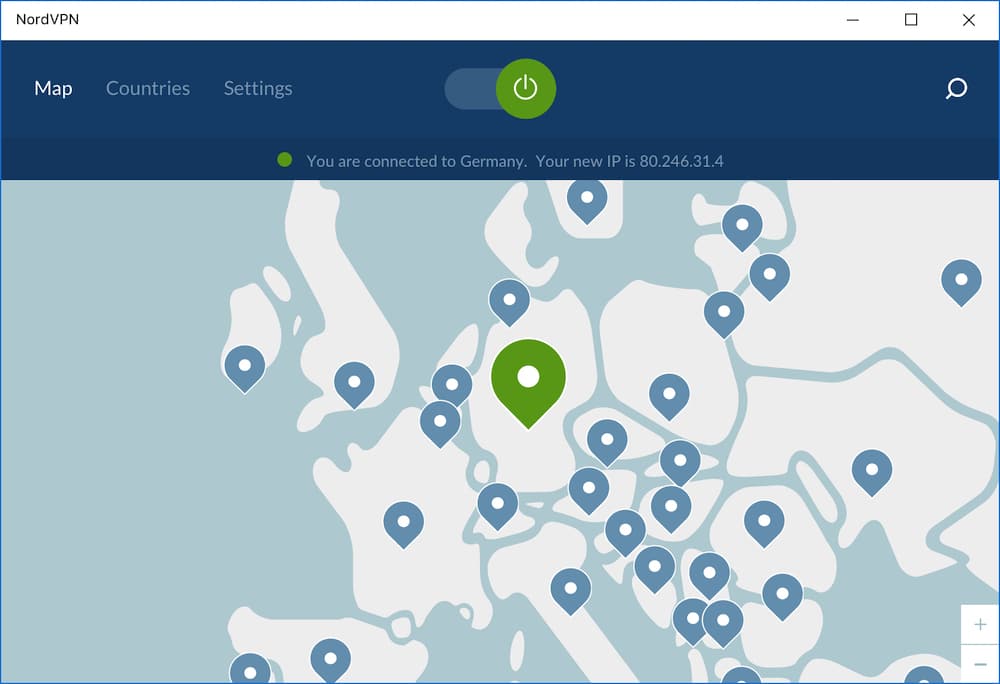 Despite a 2018 data leak, NordVPN won out for its wider selection of security tools, plus a greater overall number of servers: 5,200+ to ExpressVPN’s 3,000+ servers. Read our NordVPN review.

NordVPN vs. ExpressVPN: Features and Functionality

You can easily stream Netflix and other popular platforms or torrent using both VPN options. Each provider’s split tunneling feature allows you to route some traffic through the VPN while using your local internet connection for other traffic.

Where NordVPN stands out: Download speeds with NordVPN were faster than ExpressVPN in our tests. We were able to achieve speeds of about 330 megabits per second in our test. The WireGuard protocol — ExpressVPN has opted to use its own Lightway protocol instead — gives NordVPN the performance edge. NordVPN also offers an ad- and malware-blocking tool called CyberSec that’s available in the apps for Windows, iOS, macOS and Linux (ad-blocking is not available in the Android app).

Where ExpressVPN stands out: ExpressVPN offers video guides that make setup a breeze, even for users with limited technical knowledge. Streaming device selection outpaces NordVPN: ExpressVPN is compatible with:

Both VPN services provide solid functionality for most uses. The best VPN for you will vary depending on what you value. If speed and protocol functionality are top concerns for you, NordVPN will have the edge in this category. If ease-of-setup and number of server countries are more important, ExpressVPN might be the right choice for your needs — it offers access to 94 countries versus NordVPN’s 60.

Is NordVPN Cheaper Than ExpressVPN?

NordVPN and ExpressVPN’s services are similarly priced for their one-month plans. Both services offer three tiers of plan packages and zero free trial options, which we found disappointing. It is possible to get your money back within 30 days from both VPN companies.

ExpressVPN and NordVPN are running discounts on their longest subscription plans with NordVPN offering the greatest value:

Here’s a closer look at pricing for each.

Keep in mind that NordVPN and ExpressVPN require upfront payment for their plans — for example, you’ll pay $99 for the NordVPN two-year plan with three extra months free, which works out to $3.67 per month. For ExpressVPN’s one-year plan, you’ll get three extra months free for $99.95, an effective cost of $6.67 per month. Renewal terms at the end of the promotional 27-month or 15-month period may differ.

NordVPN offers superior pricing on long-term plans. However, if you’re only looking for a month of service, NordVPN and ExpressVPN are similarly priced. A one-month plan can be a good way to test out a VPN service. NordVPN also offers plans for businesses — check out NordLayer prices for small and large companies.

How the Companies Compare in Customer Service

Both companies offer 24/7 customer service and helpful websites with searchable, easy-to-navigate support centers. ExpressVPN, however, takes the lead in this category with a greater share of “Excellent” ratings.

ExpressVPN also stands out for a greater number of reviews on Trustpilot as well as an overall higher rating.

ExpressVPN vs. NordVPN: Which VPN Wins?

NordVPN consistently rises to the top of our ratings, and it emerged as our favorite once again when matched against ExpressVPN. NordVPN has the best of all worlds: strong security, fast speeds and affordable pricing. But the best VPN service for you depends on how you plan to use it.

ExpressVPN may be an excellent choice for entertainment. With enhanced entertainment device connection options, ExpressVPN is ideal for everything from watching Netflix to torrenting. It also offers connectivity through more countries, which can be especially useful if you want to stream more overseas content.

Alternatives to ExpressVPN and NordVPN

ExpressVPN and NordVPN are both a little more expensive than some competitors. Here’s a look at some alternatives.

ExpressVPN vs. Surfshark vs. NordVPN

Surfshark has a similar one-month price ($12.95) but a lower rate for its long-term plan: $59.76 for two years. That works out to $2.49 per month versus NordVPN’s $3.67 per month for 27 months. You’ll receive many of the same features as NordVPN and ExpressVPN plus an unlimited number of devices that may simultaneously connect to the VPN.

ExpressVPN vs. CyberGhost vs. NordVPN

If you’re new to VPNs, CyberGhost impressed us with its easy-to-use apps. It performed especially well for torrenting and comes with a built-in ad- and malware-blocker, something ExpressVPN lacks (NordVPN has CyberSec). CyberGhost pricing starts at $2.25 per month for 26 months ($58.50 upfront) though its one-month pricing is similar to that of NordVPN and ExpressVPN.

Methodology: How We Compared ExpressVPN vs. NordVPN

Our Gizmodo Advisor Reviews team tested ExpressVPN and NordVPN using a variety of factors and scoring rubrics. These reviews are unbiased and independent. We’ve broken down our scoring here.

*ExpressVPN offers new users an additional three months free on top of its one-year plan, totaling 15 months. The effective price is $6.67/month though users must pay an upfront fee of $99.95.

**NordVPN is offering an additional three months free on top of its two-year plan, totaling 27 months. The effective price is $3.67/month though users must pay an upfront fee of $99.

When using a VPN, you’re connecting to the internet from a server in an entirely different location with a data “tunnel” that masks your Internet Protocol (IP) address. Enjoy secure, anonymous browsing with a VPN.

Yes. Most VPN providers offer an app so you can connect to your VPN safely from your phone. ExpressVPN and NordVPN both offer native apps.

We advise investing in a paid VPN. Even though there are several legitimate free VPN providers available, some free VPN services are scams that will infect your devices with malware or expose your personal data.